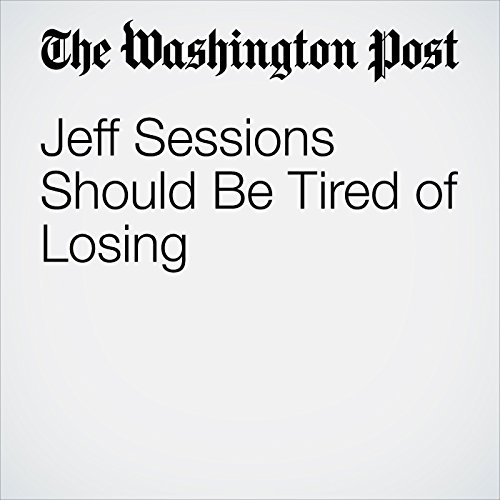 Jeff Sessions Should Be Tired of Losing

Attorney General Jeff Sessions has been among President Trump’s most rabid supporters of the travel ban, building a wall on the southern border and a crackdown on so-called sanctuary cities. Meanwhile, he favors heavy-handed techniques such as civil asset forfeiture, which both libertarian-minded conservatives and liberals find unpalatable.

"Jeff Sessions Should Be Tired of Losing" is from the September 18, 2017 Opinion section of The Washington Post. It was written by Jennifer Rubin and narrated by Sam Scholl.