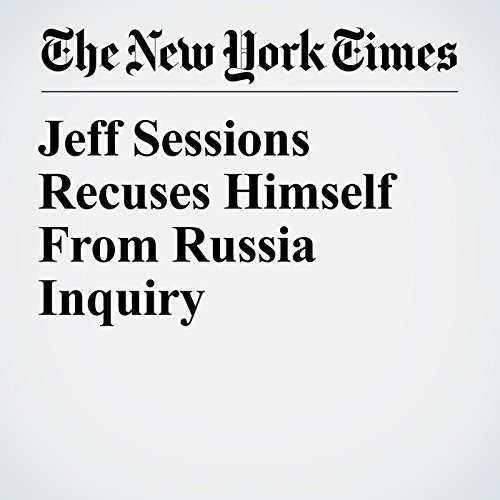 Attorney General Jeff Sessions, facing a storm of criticism over newly disclosed contacts with the Russian ambassador to the United States, recused himself Thursday from any investigation into charges that Russia meddled in the 2016 presidential election.

"Jeff Sessions Recuses Himself From Russia Inquiry" is from the March 03, 2017 U.S. section of The New York Times. It was written by Mark Landler and Eric Lichtblau and narrated by Caroline Miller.