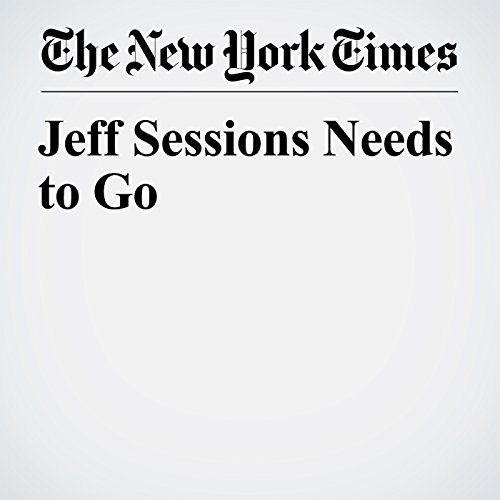 In the wake of Wednesday’s revelation that Attorney General Jeff Sessions spoke with Russia’s ambassador to the United States while working with the Trump campaign, despite denying those contacts during his confirmation hearings, key Republican and Democratic lawmakers are calling for him to recuse himself from overseeing any Justice Department investigation into contacts between the campaign and the Russian government. Some are even saying he needs to resign.

"Jeff Sessions Needs to Go" is from the March 02, 2017 Opinion section of The New York Times. It was written by Richard W. Painter and narrated by Kristi Burns.