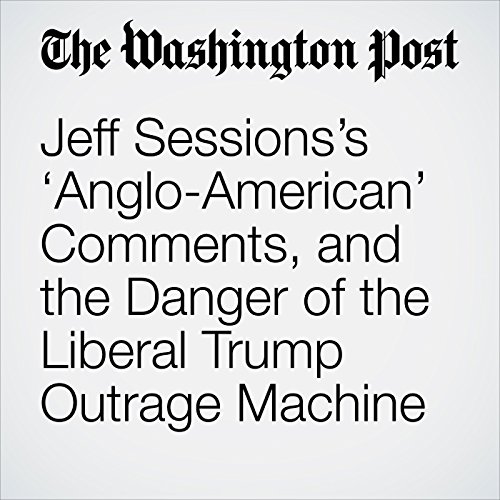 Washington was an outrage factory long before President Trump arrived, and it's become exponentially more so now that he's here. But constantly being on an outrage footing can undermine your cause.

"Jeff Sessions’s ‘Anglo-American’ Comments, and the Danger of the Liberal Trump Outrage Machine" is from the February 13, 2018 National section of The Washington Post. It was written by Aaron Blake and narrated by Sam Scholl.