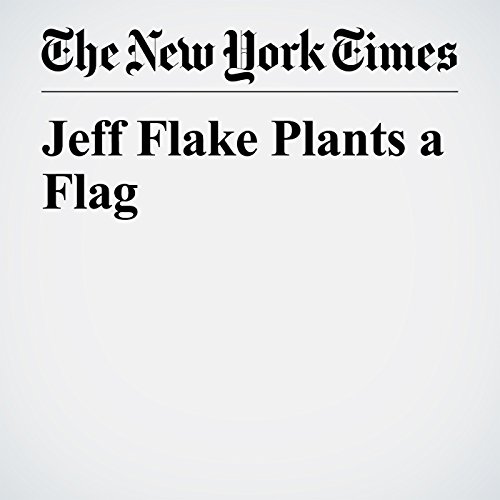 Do you ever get the feeling we’re all going to be judged for this moment? Historians, our grandkids and we ourselves will look and ask: What did you do as the Trump/Scaramucci/Bannon administration dropped a nuclear bomb on the basic standards of decency in public life? What did you do as the U.S. Congress ceased to function? What positions did you take as America teetered toward national decline?

"Jeff Flake Plants a Flag" is from the July 27, 2017 Opinion section of The New York Times. It was written by David Brooks and narrated by Barbara Benjamin-Creel.