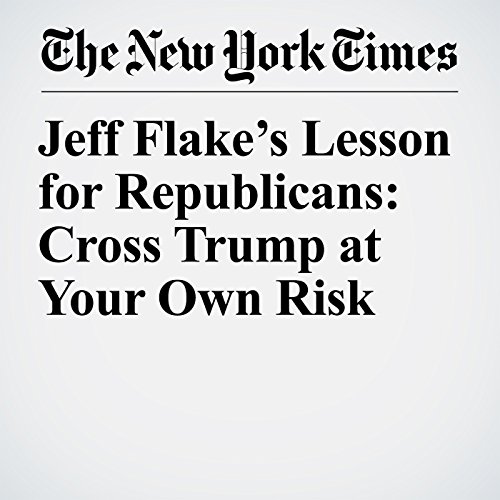 Before Bob Corker, there was Jeff Flake.Flake, the even-tempered Republican senator from Arizona, has for months offered stinging critiques of President Donald Trump’s character, demeanor and truthfulness — the same message forcefully echoed a week ago by Corker, a Republican colleague from Tennessee, who warned that Trump’s reckless behavior could lead to “World War III.”

"Jeff Flake’s Lesson for Republicans: Cross Trump at Your Own Risk" is from the October 15, 2017 U.S. section of The New York Times. It was written by Sheryl Gay Stolberg and narrated by Keith Sellon-Wright.