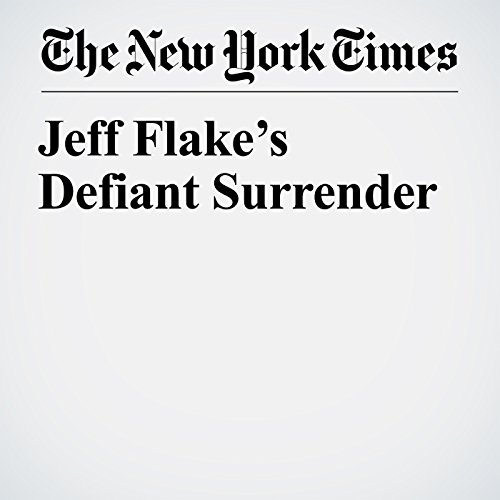 In 1911, in the midst of a debate about whether Britain’s House of Lords should willingly give up its veto power over legislation or fight a doomed battle to retain its privileges, a British peer, Lord Selborne, framed the debate for his fellow lords this way: “The question is, shall we perish in the dark, slain by our own hand, or in the light, killed by our enemies?”

"Jeff Flake’s Defiant Surrender" is from the October 24, 2017 Opinion section of The New York Times. It was written by Ross Douthat and narrated by Kristi Burns.