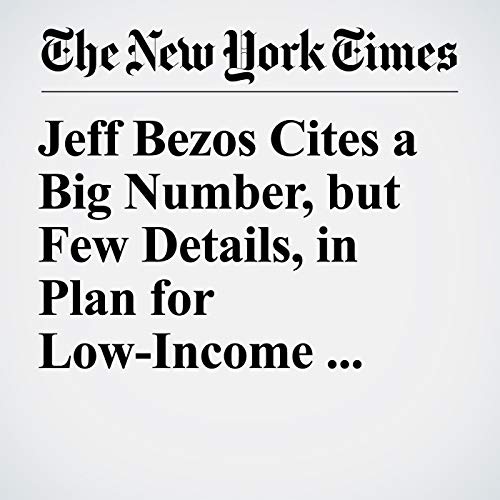 When Jeff Bezos announced last week that he and his wife, MacKenzie Bezos, would create and operate a national network of Montessori preschools, few were more surprised than Montessori organizations and leaders themselves.

"Jeff Bezos Cites a Big Number, but Few Details, in Plan for Low-Income Montessori Preschools" is from the September 21, 2018 U.S. section of The New York Times. It was written by Dana Goldstein and narrated by Caroline Miller.