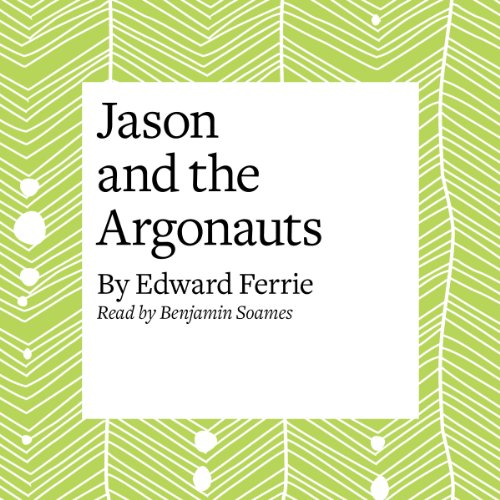 Jason and the Argonauts

This is a story from the Tales from the Greek Legends collection.

The great myths of Ancient Greece have inspired mankind for centuries. Each of the heroes has to undergo trials of strength and courage to prove his valor against a host of monsters - the Minotaur, half man, half bull; Hydra, the many-headed serpent; Medusa the Gorgon. Meanwhile, the gods, lead by Zeus the Thunderer from his seat on Mount Olympus, watch, encourage, help - and sometimes hinder. In this new retelling, the tales come alive more vividly than ever with the added drama of popular music by Holst, Wagner, and others.

This ancient, legendary, and inspiring story of a young man claiming his destiny is performed by veteran actor (and former Royal Marine Commando) Benjamin Soames. Giving an enchanting performance sure to entertain young audiences, he presents the mythological tale of an ordinary man compelled by the gods to live an extraordinary adventure - a perilous quest to claim the legendary Golden Fleece, the wool of a golden-haired, winged ram in order to claim the throne of his father. Jason and the Argonauts is a selection from the original audiobook, Tales from the Greek Legends.

Looking for full version now; this is an awesome story. A lot of leads for other stories in this one too.

Purchase it !! Dont waste a credit

Loved it kept the kids engaged for entire story plus created interesting dialogue during a car ride . Priceless

Great first story of the classics for kids

Great. story well told and short enough to hold children's attention and enjoy it. A1