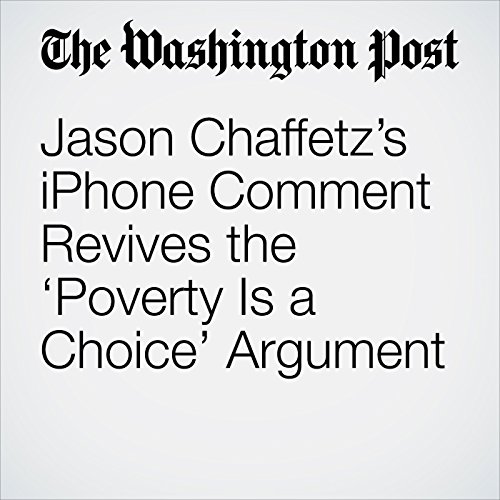 It’s much easier to deal with poverty if you can convince yourself that the impoverished brought it on themselves. Nearly everyone would concur that those who suffer from poverty through no fault of their own deserve support from others, either through nonprofit or public sector assistance. But if they’re poor because of their own bad decisions? They have to fend for themselves.

"Jason Chaffetz’s iPhone Comment Revives the ‘Poverty Is a Choice’ Argument" is from the March 07, 2017 Politics section of The Washington Post. It was written by Philip Bump and narrated by Jenny Hoops.