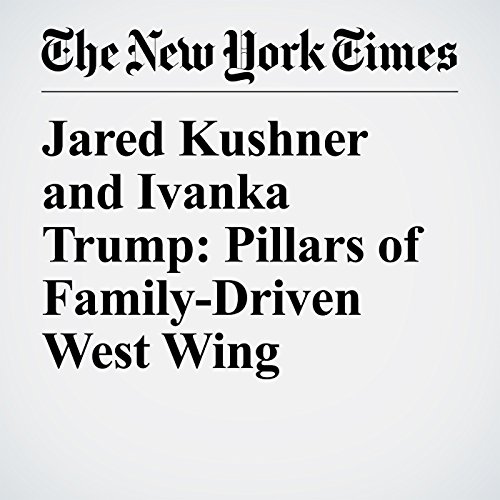 One has an office down the hall from the president in the White House; the other just moved into an office a floor up. One recently visited war-torn Iraq as the president’s emissary; the other will soon head to Berlin at the invitation of Germany’s chancellor.

"Jared Kushner and Ivanka Trump: Pillars of Family-Driven West Wing" is from the April 15, 2017 U.S. section of The New York Times. It was written by Peter Baker, Glenn Thrush and Maggie Haberman and narrated by .