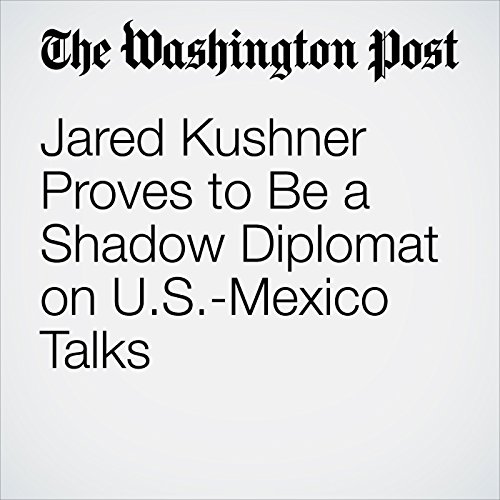 The scene in the Oval Office was remarkable: the foreign minister of Mexico — the very country that Donald Trump had turned into a campaign-trail piñata — huddled with now-President Trump and his son-in-law, Jared Kushner.

"Jared Kushner Proves to Be a Shadow Diplomat on U.S.-Mexico Talks" is from the February 10, 2017 Politics section of The Washington Post. It was written by Philip Rucker, Ashley Parker and Joshua Partlow and narrated by Jill Melancon.