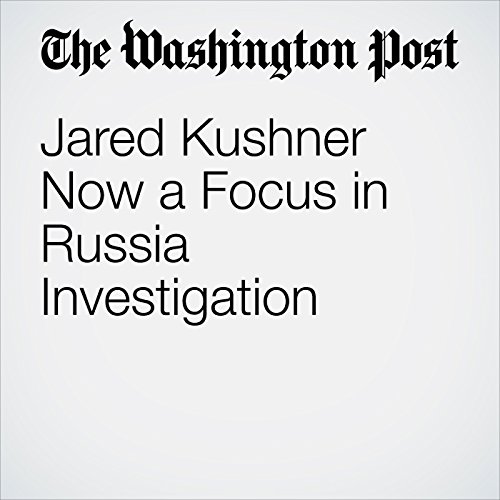 Investigators are focusing on a series of meetings held by Jared Kushner, President Trump’s son-in-law and an influential White House adviser, as part of their probe into Russian meddling in the 2016 election and related matters, according to people familiar with the investigation.

"Jared Kushner Now a Focus in Russia Investigation" is from the May 25, 2017 Politics section of The Washington Post. It was written by Matt Zapotosky, Sari Horwitz, Devlin Barrett and Adam Entous and narrated by Jill Melancon.