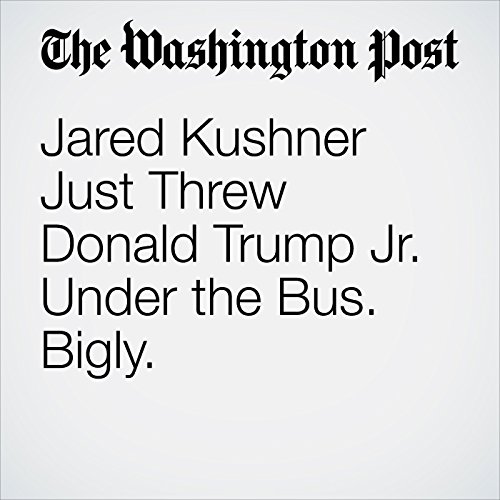 Presidential son-in-law Jared Kushner is set to testify before the Senate Intelligence Committee this morning, and what is striking about his extensive opening statement is the degree to which it seeks to insulate Kushner himself from any culpability or responsibility for the problematic known facts about the Russia affair — particularly the known facts that concern Donald Trump Jr.

"Jared Kushner Just Threw Donald Trump Jr. Under the Bus. Bigly." is from the July 24, 2017 Opinion section of The Washington Post. It was written by Greg Sargent and narrated by Sam Scholl.