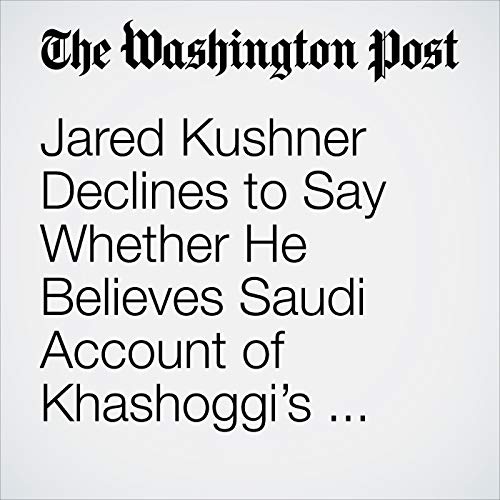 Jared Kushner, President Trump’s son-in-law and White House adviser, declined to say Monday whether he believes Saudi Arabia’s account that Jamal Khashoggi accidentally died after an altercation inside the Saudi Consulate in Istanbul earlier this month.

"Jared Kushner Declines to Say Whether He Believes Saudi Account of Khashoggi’s Death" is from the October 22, 2018 Politics section of The Washington Post. It was written by John Wagner and narrated by Sam Scholl.