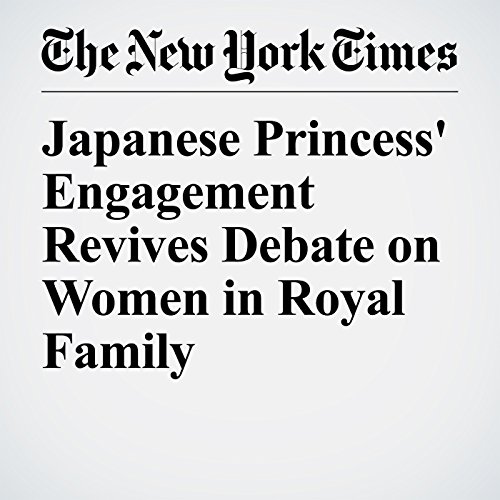 A royal engagement typically unleashes breathless headlines and frenzied efforts by the press to learn of the wedding details. All that is happening in Japan, where Princess Mako, the eldest grandchild of Emperor Akihito, will soon be engaged to her college boyfriend.

"Japanese Princess' Engagement Revives Debate on Women in Royal Family" is from the May 17, 2017 World section of The New York Times. It was written by Motoko Rich and narrated by Keith Sellon-Wright.