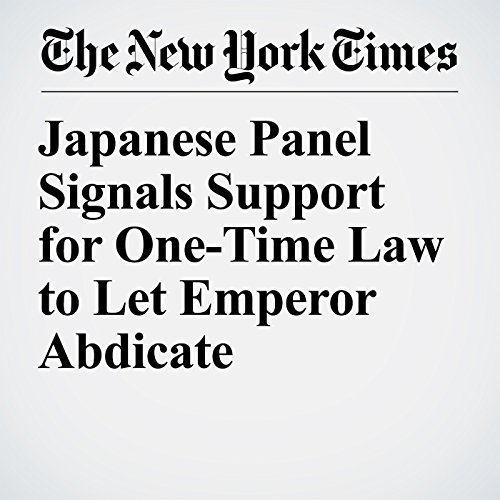 Five months after Emperor Akihito of Japan expressed his wish to retire, a government-appointed panel tacitly recommended on Monday that Parliament enact special legislation that would allow him to abdicate.

"Japanese Panel Signals Support for One-Time Law to Let Emperor Abdicate" is from the January 23, 2017 World section of The New York Times. It was written by Motoko Rich and narrated by Keith Sellon-Wright.