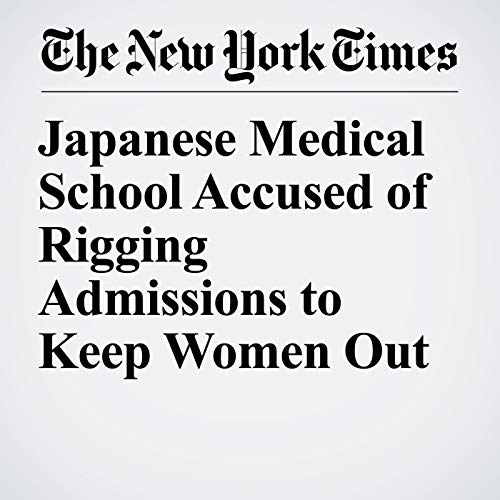 A Japanese medical school has been accused of manipulating the test scores of female applicants for years to artificially depress the number of women in the student body, a scandal that has triggered sharp criticism.

"Japanese Medical School Accused of Rigging Admissions to Keep Women Out" is from the August 03, 2018 World section of The New York Times. It was written by Austin Ramzy and Hisako Ueno and narrated by Fleet Cooper.