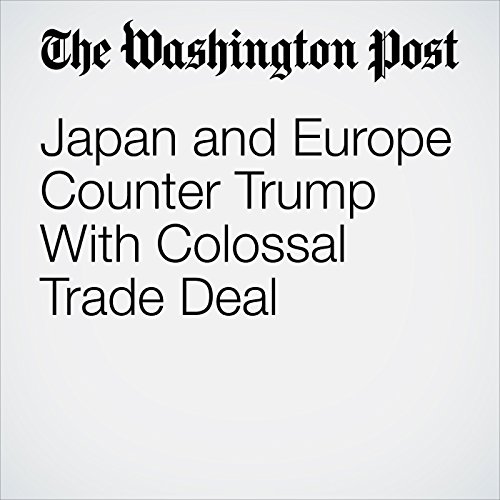 On Thursday, Japan took on the mantle of the global rules-based trading system, as it sidestepped a failing trade agreement with the United States to forge a historic new pact with the European Union.

"Japan and Europe Counter Trump With Colossal Trade Deal" is from the July 06, 2017 World section of The Washington Post. It was written by Ana Swanson and narrated by Sam Scholl.