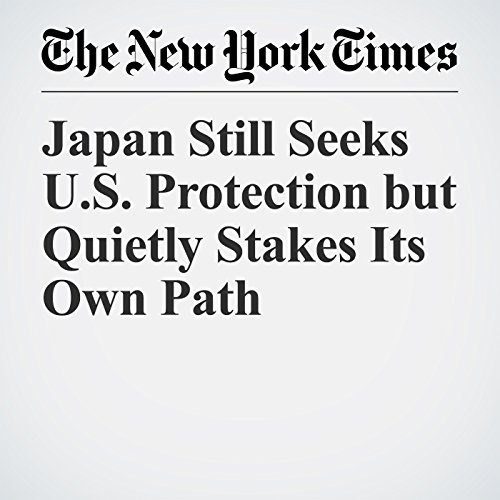 Prime Minister Shinzo Abe of Japan has never seemed to waver in his support for President Donald Trump, seeking out meetings and regularly speaking by telephone. He is one of a few world leaders who rarely criticize or even comment on Trump’s political turmoil at home.

"Japan Still Seeks U.S. Protection but Quietly Stakes Its Own Path" is from the August 18, 2017 World section of The New York Times. It was written by Motoko Rich and narrated by Mike DelGaudio.