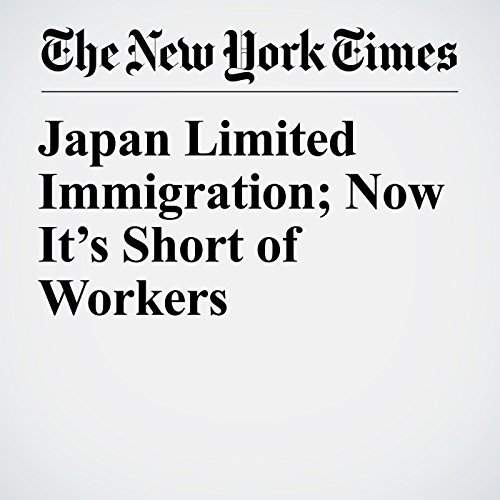 Just like the United States and other developed countries, Japan has a hard time finding people to pick vegetables, collect nursing-home bedpans and wash restaurant dishes. In the United States, many of these low-skilled, low-paying jobs are filled by immigrants in the country illegally, an arrangement attacked by President Donald Trump during his campaign.

Japan, on the other hand, long ago achieved what Trump has promised: It has very little illegal immigration and is officially closed to people seeking blue-collar work.

"Japan Limited Immigration; Now It’s Short of Workers" is from the February 10, 2017 World section of The New York Times. It was written by Jonathan Soble and narrated by Paul Ryden.