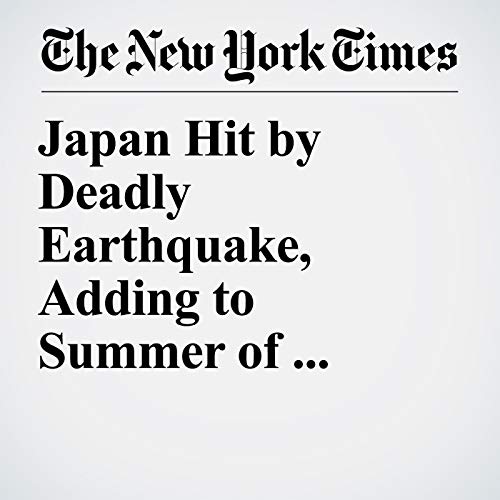 "Japan Hit by Deadly Earthquake, Adding to Summer of Environmental Misery" is from the September 06, 2018 World section of The New York Times. It was written by Motoko Rich and narrated by Kristi Burns.