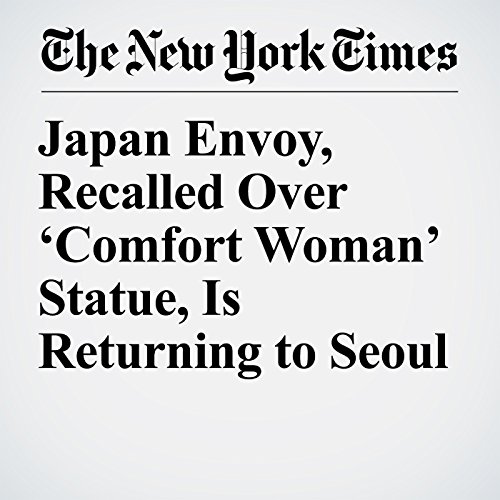 Japan said on Monday that its envoy to South Korea would return to Seoul, three months after he was recalled in a dispute arising from the sensitive issue of Korean women forced into sexual servitude for Japanese soldiers during World War II.

"Japan Envoy, Recalled Over ‘Comfort Woman’ Statue, Is Returning to Seoul" is from the April 03, 2017 World section of The New York Times. It was written by Motoko Rich and narrated by Keith Sellon-Wright.