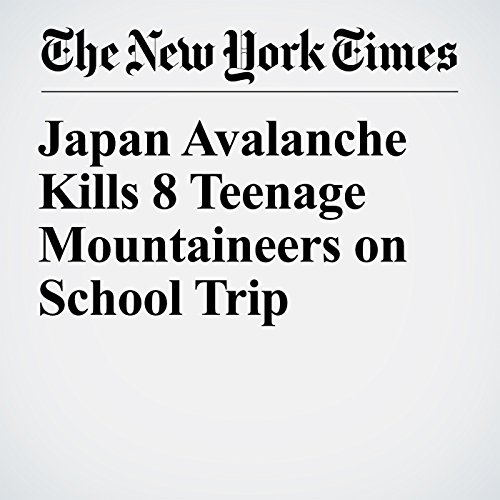 Eight teenagers from a high school mountaineering club died in an avalanche on Monday in an area of northeastern Japan that had been blanketed by unusually heavy spring snows, authorities said.

"Japan Avalanche Kills 8 Teenage Mountaineers on School Trip" is from the March 27, 2017 World section of The New York Times. It was written by Jonathan Soble and narrated by Keith Sellon-Wright.