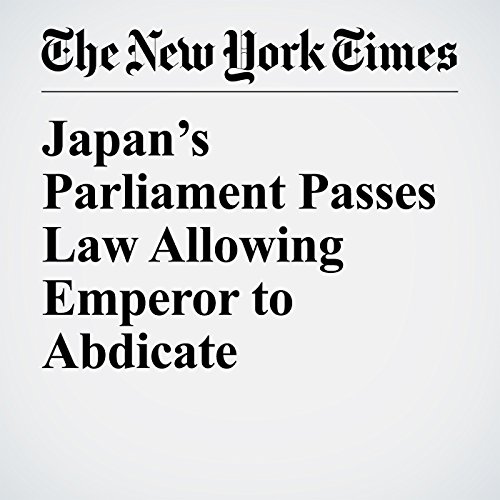 Japan’s parliament opened the door to modernizing the Chrysanthemum Throne on Friday, unanimously passing a special law allowing the ailing Emperor Akihito to retire, and proposing that the government consider letting the royal bloodline pass through the women of the imperial family.

"Japan’s Parliament Passes Law Allowing Emperor to Abdicate" is from the June 09, 2017 World section of The New York Times. It was written by Motoko Rich and narrated by Mike DelGaudio.