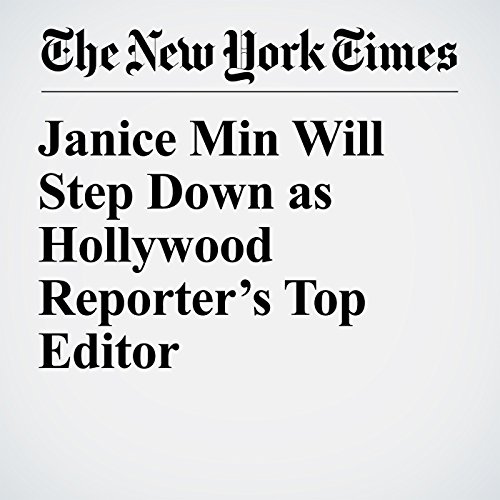 Janice Min, who has orchestrated a stunning turnaround at The Hollywood Reporter during the last seven years, will step down as that publication’s top editor at the end of the month, a move that may foreshadow its sale.

"Janice Min Will Step Down as Hollywood Reporter’s Top Editor" is from the February 06, 2017 Business section of The New York Times. It was written by Brooks Barnes and narrated by Barbara Benjamin-Creel.