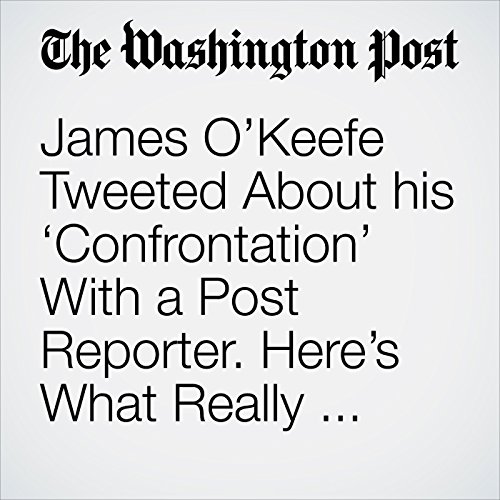 The Washington Post on Monday published a report about a woman who falsely claimed Roy Moore sexually assaulted her as a teenager — and who appeared to work with Project Veritas, an organization that uses deceptive tactics and secretly recorded conversations in an effort to embarrass its targets.

"James O’Keefe Tweeted About his ‘Confrontation’ With a Post Reporter. Here’s What Really Happened." is from the November 27, 2017 National section of The Washington Post. It was written by Marwa Eltagouri and narrated by Sam Scholl.