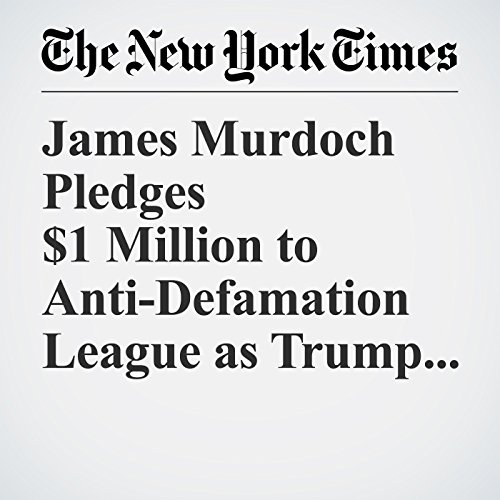 James Murdoch, the chief executive of Twenty-First Century Fox and the son of a frequent ally of President Donald Trump’s, condemned the president’s performance after the violence in Charlottesville, Virginia, and pledged to donate $1 million to the Anti-Defamation League.

"James Murdoch Pledges $1 Million to Anti-Defamation League as Trump Protest" is from the August 17, 2017 U.S. section of The New York Times. It was written by Maggie Haberman and narrated by Barbara Benjamin-Creel.