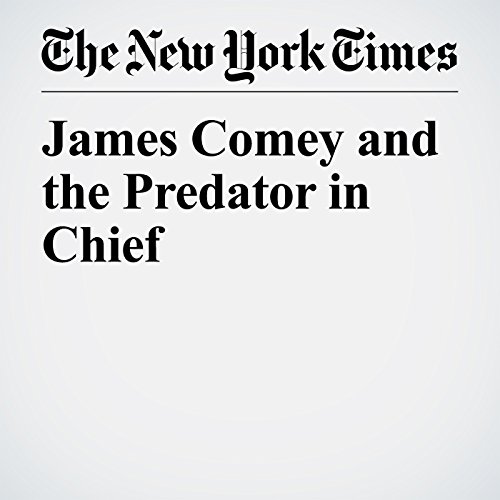 As I listened to James B. Comey, the former FBI director, tell the Senate Intelligence Committee about his personal meetings and phone calls with President Trump, I was reminded of something: the experience of a woman being harassed by her powerful, predatory boss. There was precisely that sinister air of coercion, of an employee helpless to avoid unsavory contact with an employer who is trying to grab what he wants.

"James Comey and the Predator in Chief" is from the June 08, 2017 Opinion section of The New York Times. It was written by Nicole Serratore and narrated by Barbara Benjamin-Creel.