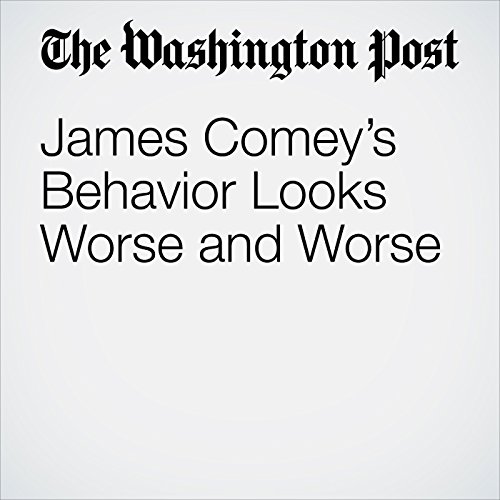 "James Comey’s Behavior Looks Worse and Worse" is from the February 15, 2017 Opinion section of The Washington Post. It was written by James Downie and narrated by Sam Scholl.

And it never got better

I just finished former Director of National Intelligence James Clapper’s “Facts and Fears: Hard Truths from a Life in Intelligence” (2018). He concludes Russian interference in the election cost former Secretary of State Hillary Clinton the 2016 presidential election, especially after the FBI investigation into her emails hacked by Russian operatives was made public. Before that I listened to James Comey’s “A Higher Loyalty: Lies and Leadership” (2018), who claimed moral rectitude meant he had to discuss Secretary Clinton - but not an ongoing concurrent investigation into Donald Trump’s campaign’s cooperation with Russia.

I wanted more temporal context, so I went looking for news at the time.

WaPo is right. It looked bad when this was written, and it got worse.

July 24, 2015 - the FBI opened an investigation into Secretary Clinton’s use of a private email server.

July 5, 2016 - FBI Director James Comey announced the investigation was being closed without charges against Secretary Clinton

November 6, 2016, Mr. Comey announces that Secretary Clinton will still not face charges and closes the investigation.

[It this review helped please press YES. Thanks!]