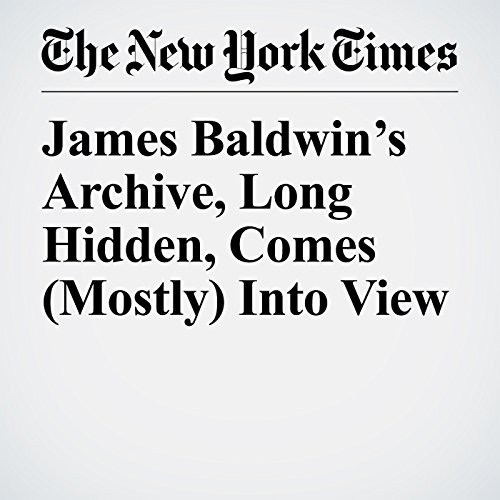 James Baldwin died in 1987, but his moment is now. His books are flying off the shelves. He has inspired homages like Raoul Peck’s documentary “I Am Not Your Negro” and Ta-Nehisi Coates’ memoir “Between the World and Me.” Baldwin’s prophetic essays on race read like today’s news.

And yet a full understanding of this pioneering gay African-American artist remains elusive. While Baldwin’s books are in print, there’s one revealing work that admirers long to read but have mostly been unable to: his letters.

"James Baldwin’s Archive, Long Hidden, Comes (Mostly) Into View" is from the April 12, 2017 Entertainment section of The New York Times. It was written by Jennifer Schuessler and narrated by Caroline Miller.