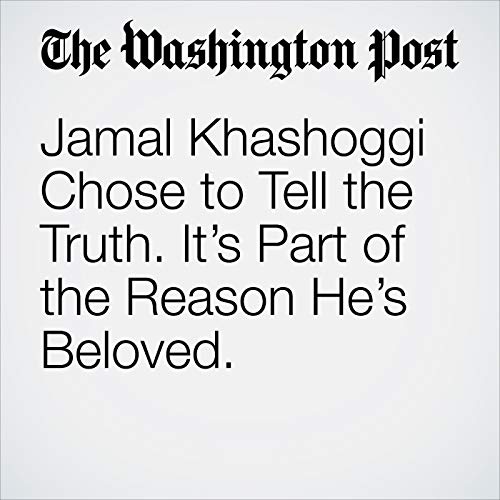 George Orwell titled a regular column he wrote for a British newspaper in the mid-1940s “As I Please.” Meaning that he would write exactly what he believed. My Saudi colleague Jamal Khashoggi has always had that same insistent passion for telling the truth about his country, no matter what.

"Jamal Khashoggi Chose to Tell the Truth. It’s Part of the Reason He’s Beloved." is from the October 07, 2018 Opinion section of The Washington Post. It was written by David Ignatius and narrated by Sam Scholl.