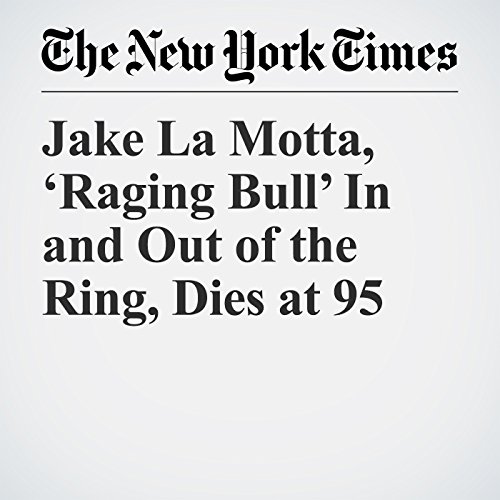 Jake LaMotta, boxing’s “Raging Bull,” who brawled his way to the middleweight boxing championship in a life of unbridled fury within the ring and outside it, and whose life became the subject of an acclaimed film, died Tuesday in Miami. He was 95.

"Jake La Motta, ‘Raging Bull’ In and Out of the Ring, Dies at 95" is from the September 20, 2017 Sports section of The New York Times. It was written by Richard Goldstein and narrated by Keith Sellon-Wright.

Cosa pensano gli ascoltatori di Jake La Motta, ‘Raging Bull’ In and Out of the Ring, Dies at 95