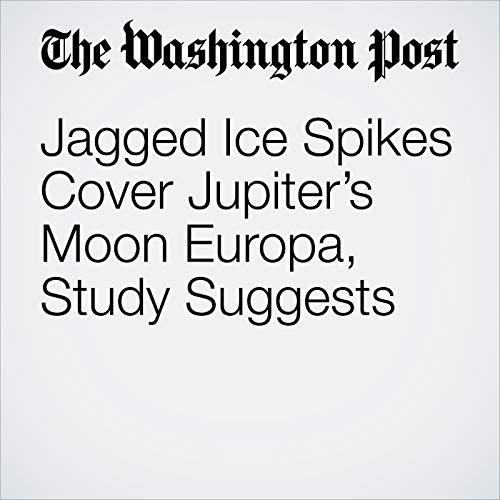 Few moons in the solar system are as intriguing as Jupiter’s moon Europa. A global ocean of salt water almost certainly surrounds the moon — and it holds more water than any ocean on Earth. Above this immense sea, where surface temperatures dip to minus 300 degrees Fahrenheit, a crust of water ice forms a shell. Astronomers predict that Jupiter, which bombards the moon with intense radiation, causes the entire moon to groan with gravity’s tug. Europa’s liquid water is a tempting target for future missions looking for possible alien microbes.

"Jagged Ice Spikes Cover Jupiter’s Moon Europa, Study Suggests" is from the October 08, 2018 World section of The Washington Post. It was written by Ben Guarino and narrated by Sam Scholl.