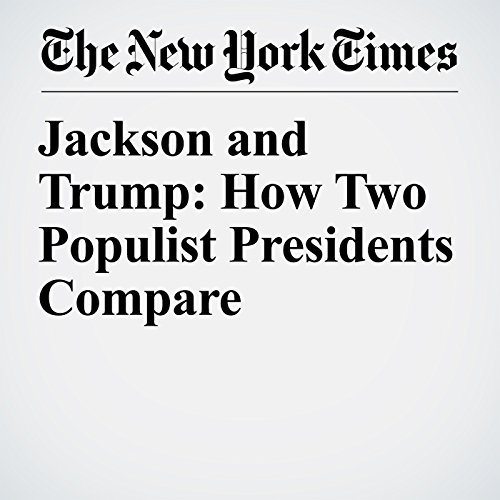 Trump’s advisers have likened him to Jackson, the first populist to win the White House. The president has hung Old Hickory’s portrait in the Oval Office and called him “an amazing figure in American history.”

So how alike are the nation’s seventh and 45th presidents?

"Jackson and Trump: How Two Populist Presidents Compare" is from the March 16, 2017 U.S. section of The New York Times. It was written by Peter Baker and narrated by Caroline Miller.