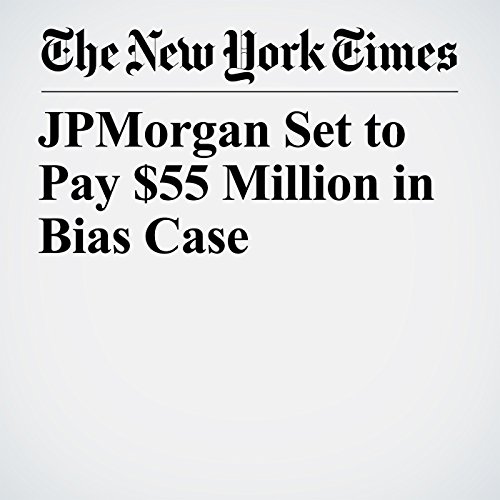 JPMorgan Chase has agreed to pay $55 million to settle an investigation into whether it charged thousands of African-American and Hispanic borrowers higher interest rates on mortgages than white customers.

"JPMorgan Set to Pay $55 Million in Bias Case" is from the January 18, 2017 Business section of The New York Times. It was written by Michael Corkery and narrated by Fleet Cooper.