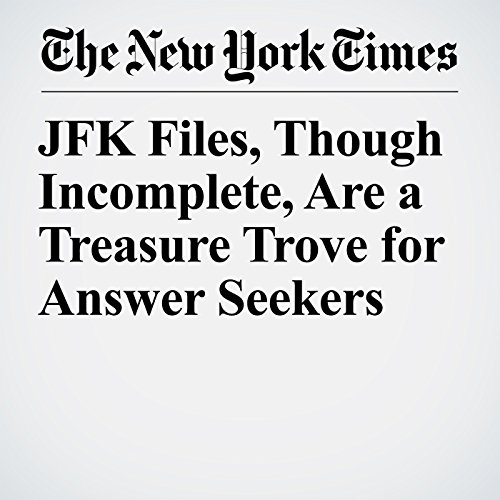 President Donald Trump ordered the long-awaited release Thursday of more than 2,800 documents related to the assassination of President John F. Kennedy, but bowed to pressure from the CIA and FBI by withholding thousands of additional papers pending six more months of review.

"JFK Files, Though Incomplete, Are a Treasure Trove for Answer Seekers" is from the October 27, 2017 U.S. section of The New York Times. It was written by Patrick Baker and Scott Shane and narrated by Barbara Benjamin-Creel.