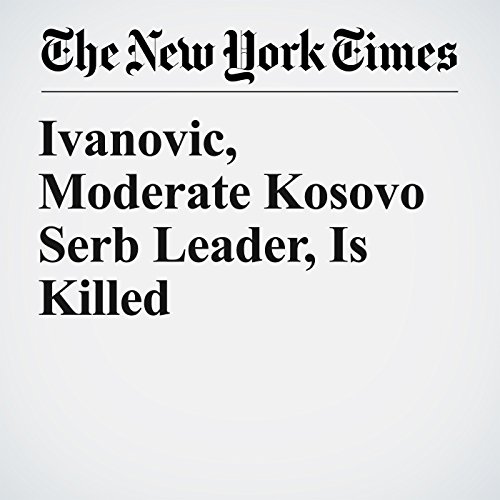 A prominent Serb politician in Kosovo, a rare voice for coexistence of ethnic Albanians and Serbs, was shot and killed Tuesday, heightening tensions between Kosovo and Serbia, which has refused to recognize Kosovo’s independence.

"Ivanovic, Moderate Kosovo Serb Leader, Is Killed" is from the January 16, 2018 World section of The New York Times. It was written by Barbara Surk and Richard Pérez Peña and narrated by Keith Sellon-Wright.