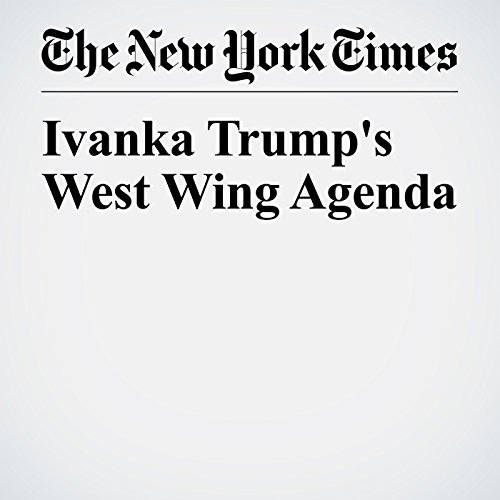 Ivanka Trump made an emphatic case for a full-throated apology, according to several people who were present for the crisis discussion that unfolded in Trump’s 26th-floor office. Raised amid a swirl of tabloid headlines, she had spent her adult life branding herself as her father’s poised, family-focused daughter. She marketed her clothing line with slogans about female empowerment and was finishing a book on the topic. As she spoke, Trump remained unyielding. His daughter’s eyes welled with tears, her face reddened, and she hurried out in frustration.

"Ivanka Trump's West Wing Agenda" is from the May 02, 2017 U.S. section of The New York Times. It was written by Jodi Kantor, Rachel Abrams and Maggie Haberman and narrated by Kristi Burns.