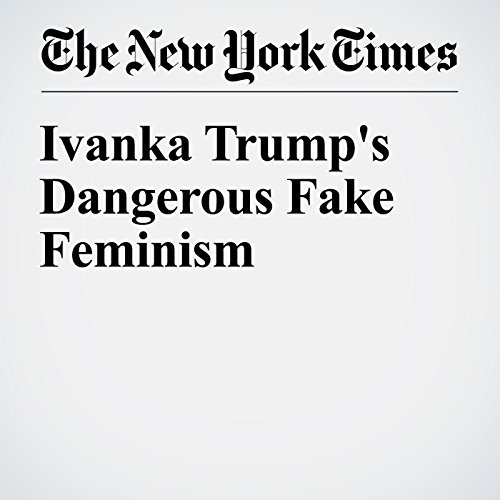 The high-achieving elder daughter of President-elect Donald J. Trump is, on the surface, a glowing picture of modern American womanhood: a mother of three young children who built a business that bears her name. A glamorous figure whom it would be easy to picture balancing a baby in one hand and a briefcase in the other, all in her own branded high heels.

"Ivanka Trump's Dangerous Fake Feminism" is from the January 13, 2017 Opinion section of The New York Times. It was written by Jill Filipovic and narrated by Barbara Benjamin-Creel.