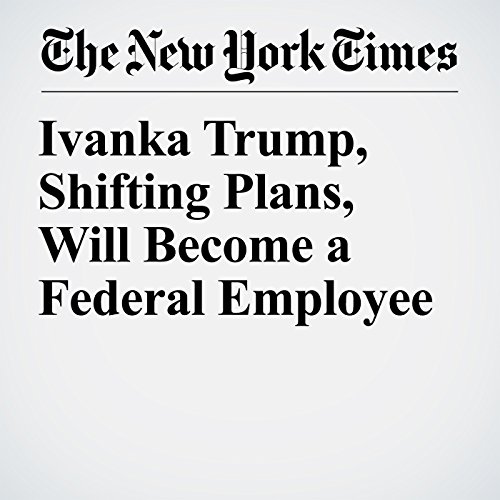 Ivanka Trump, the elder daughter of President Donald Trump, is becoming an official government employee, joining her husband, Jared Kushner, in serving as an unpaid adviser to her father in the White House.

"Ivanka Trump, Shifting Plans, Will Become a Federal Employee" is from the March 29, 2017 U.S. section of The New York Times. It was written by Rachel Abrams and Maggie Haberman and narrated by Caroline Miller.