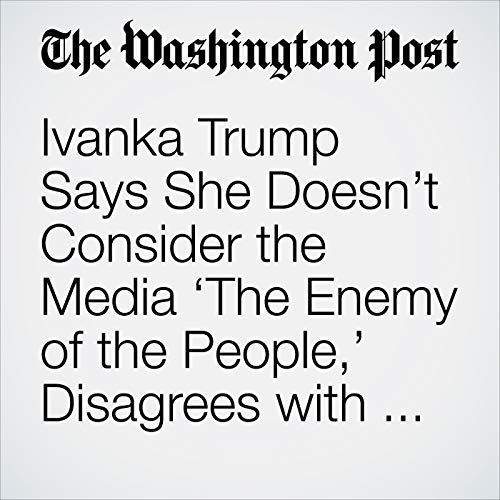 Ivanka Trump distanced herself from her father on two high-profile issues Thursday, saying she did not agree with his characterization of the media as “the enemy of the people” and that she was “vehemently against” separating migrant children from their parents at the border — calling the latter a low point of her tenure in the White House.

"Ivanka Trump Says She Doesn’t Consider the Media ‘The Enemy of the People,’ Disagrees with Immigrant Family Separations" is from the August 02, 2018 Politics section of The Washington Post. It was written by John Wagner and narrated by Jenny Hoops.