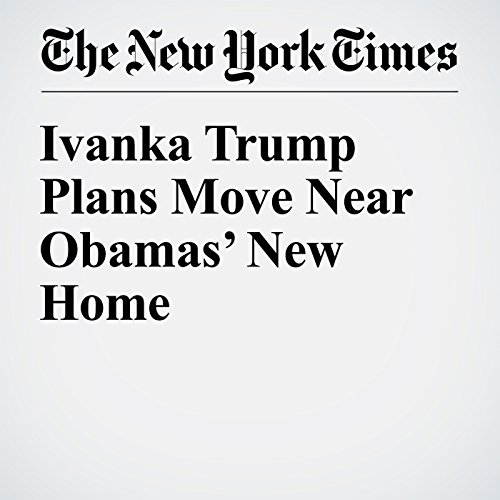 Ivanka Trump’s relocation plans, first reported by Washingtonian magazine, are the latest evidence that she and Kushner will remain major players in Trump's administration. Both played crucial roles in his presidential bid and have wielded outsize power during his transition.

"Ivanka Trump Plans Move Near Obamas’ New Home" is from the January 04, 2017 U.S. section of The New York Times. It was written by Julie Hirschfeld Davis and narrated by Caroline Miller.