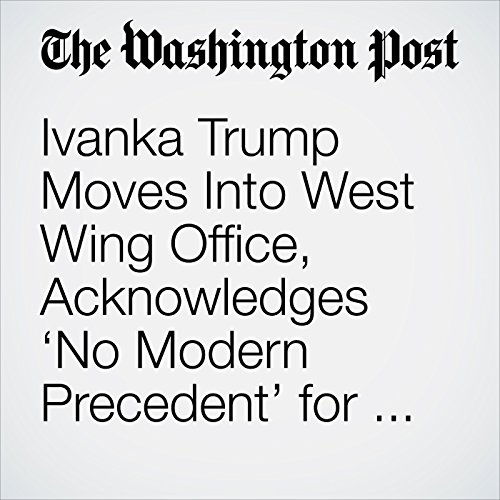 Although Ivanka Trump lacks a formal White House job, the president’s older daughter is moving into her own West Wing office, an administration representative said — a move that increases her profile as an influential, although unofficial, adviser to her father.

"Ivanka Trump Moves Into West Wing Office, Acknowledges ‘No Modern Precedent’ for Her Role" is from the March 20, 2017 Politics section of The Washington Post. It was written by Danielle Paquette and narrated by Jenny Hoops.