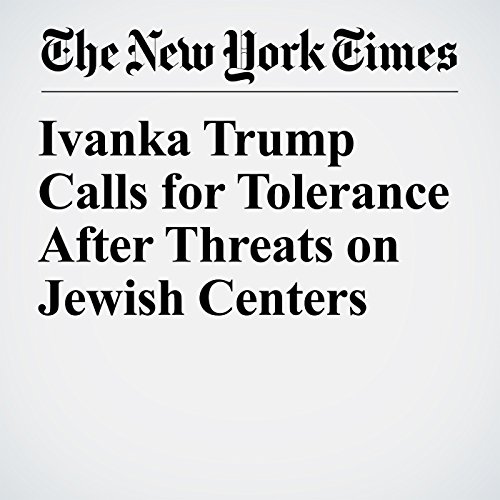 Ivanka Trump, President Donald Trump’s oldest daughter and a convert to Judaism, issued a statement over Twitter on Monday calling for “religious tolerance” after a new wave of threats against Jewish community centers.

"Ivanka Trump Calls for Tolerance After Threats on Jewish Centers" is from the February 21, 2017 U.S. section of The New York Times. It was written by Maggie Haberman and Niraj Chokshi and narrated by Keith Sellon-Wright.