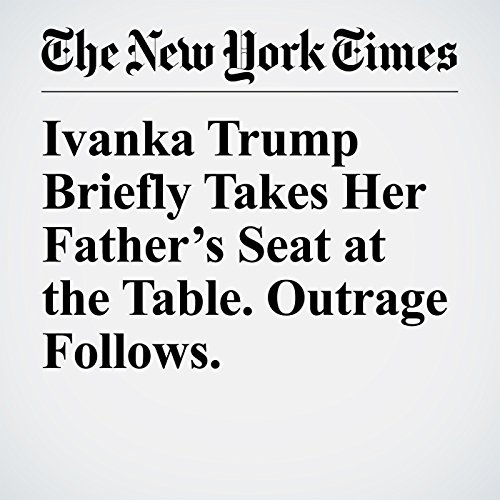 Ivanka Trump briefly sat in for her father, President Donald Trump, during a session Saturday at the Group of 20 summit meeting in Hamburg, Germany, prompting an outcry on social media and a swift defense from her brother Donald Trump Jr.

"Ivanka Trump Briefly Takes Her Father’s Seat at the Table. Outrage Follows." is from the July 08, 2017 U.S. section of The New York Times. It was written by Jacey Fortin and narrated by Kristi Burns.