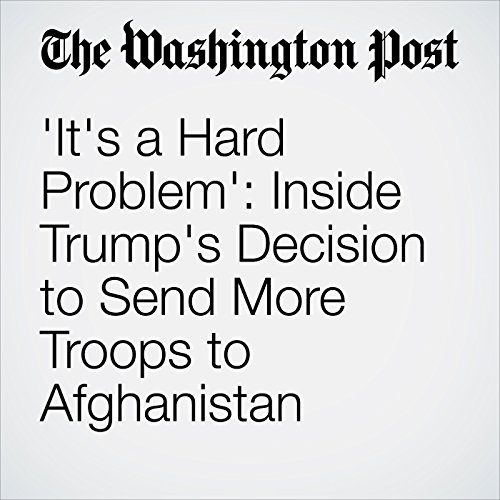 President Trump was frustrated and fuming. Again and again, in the windowless Situation Room at the White House, he lashed out at his national security team over the Afghanistan war, and the paucity of appealing options gnawed at him.

"It's a Hard Problem': Inside Trump's Decision to Send More Troops to Afghanistan" is from the August 21, 2017 Politics section of The Washington Post. It was written by Philip Rucker and Robert Costa and narrated by Sam Scholl.