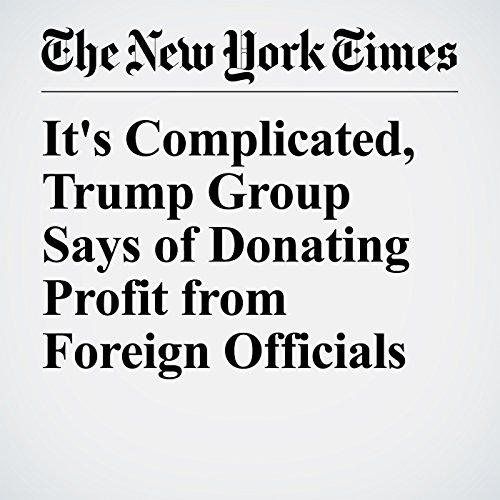 As Donald Trump prepared to assume the presidency, he unveiled an ethics plan promising that his company would donate to the U.S. Treasury “all profits” from foreign government patronage of his hotels. Several months later, the Trump Organization is finding that pledge daunting to keep.

"It's Complicated, Trump Group Says of Donating Profit from Foreign Officials" is from the May 24, 2017 U.S. section of The New York Times. It was written by Ben Protess and Steve Eder and narrated by Keith Sellon-Wright.