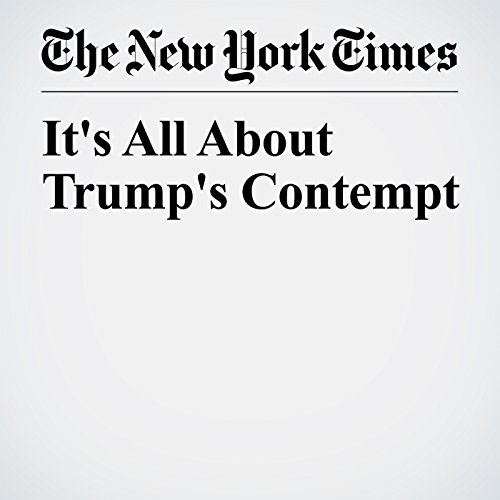 For journalists covering domestic policy, this past week poses some hard choices. Should we focus on the Trump budget’s fraudulence — not only does it invoke $2 trillion in phony savings, it counts them twice — or on its cruelty? Or should we talk instead about the Congressional Budget Office assessment of Trumpcare, which would be devastating for older, poorer and sicker Americans?

"It's All About Trump's Contempt" is from the May 25, 2017 Opinion section of The New York Times. It was written by Paul Krugman and narrated by Mike DelGaudio.

Cosa pensano gli ascoltatori di It's All About Trump's Contempt