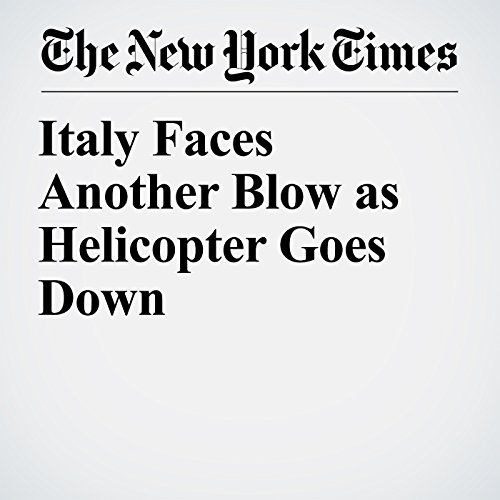 A helicopter taking an injured skier to a hospital crashed against a mountain in central Italy on Tuesday, killing all six people on board, officials said. The accident was a further blow to an area struggling to emerge from many days of heavy snowfall, a series of earthquakes and an avalanche last week that killed at least 17 people, with 12 still missing.

""Italy Faces Another Blow as Helicopter Goes Down" is from the January 24, 2017 World section of The New York Times. It was written by Elisabetta Povoledo and narrated by Kristi Burns.